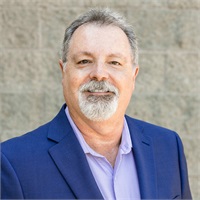 Todd Michael Smith brings a wealth of experience to the firm. He has worked in the insurance industry since 1986 and has offered investment services since 1987.

He was born and raised in Belllingham and obtained his bachelor’s degree from Western Washington University in 1985. He was drawn to the financial services industry by his father initially, however, he wanted to pursue a career in real estate. His father, an insurance agent since 1961, touted the advantages of financial services for its opportunities for creating long-term relationships.

Todd and his wife Debra live in Bellingham. They have four children. Three have graduated from Linfield College, and the fourth attends high school.

He and his family love to travel, camp, golf, and bike.  Their favorite travel destinations are Maui, Slovenia, Croatia, Italy, Lummi Island, Sonoma, and the Oregon coast.

Todd formerly served as president of NAIFA-NW, the local chapter of the National Association of Insurance and Financial Advisors. In addition, he was president of the Red Raider PTSA, and a youth soccer coach for many years.

Todd enjoys meeting people and hearing their life stories. In addition to providing investment advice, Todd specializes in life and health insurance, serving individuals, groups, and those eligible for Medicare.

As the consummate team player, Todd’s guiding principle in life and business, is to follow the Golden Rule.